A look back at the life of Vanguard's founder 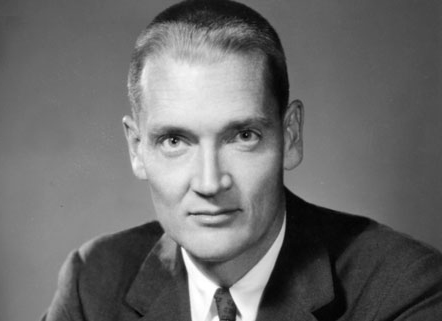 Student of the Industry

Mr. Bogle started in the budding mutual fund business in 1951 when his senior thesis caught the eye of Walter L. Morgan, founder of the Wellington Fund. The enterprising Princeton economics major penned the thesis, "The Economic Role of the Investment Company," after reading a 1949 article in Fortune magazine about the USD 3 billion mutual fund - the US equivalent of the Australian managed fund - industry. 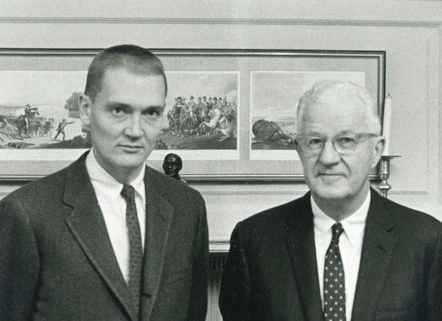 "He knows more about the fund business than we do," Walter Morgan told his colleagues before hiring Mr. Bogle at Wellington Management Company. Mr. Morgan would eventually name his fellow Princeton graduate as his assistant, and the two would go on to share a nearly 50-year friendship. Mr. Bogle later expressed gratitude to his mentor, who "took on a shy, crew-cut, boyish-looking, insecure, energetic, serious, and terribly ambitious young man and gave him his first break." 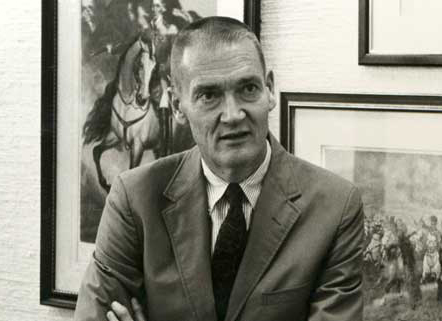 Wellington Management Company traces its roots to the 1929 founding of the Wellington Fund (now Vanguard Wellington Fund), the nation's first balanced mutual fund (or better known in Australia as a diversified managed fund). At Mr. Bogle's urging, the firm diversified its product lineup in 1958 with the introduction of the all-equity Windsor Fund. Later, under his leadership at Vanguard, other innovations would follow, including multitiered municipal bond portfolios in the 1970s, bond index funds in the 1980s, and tax-managed funds in the 1990s. 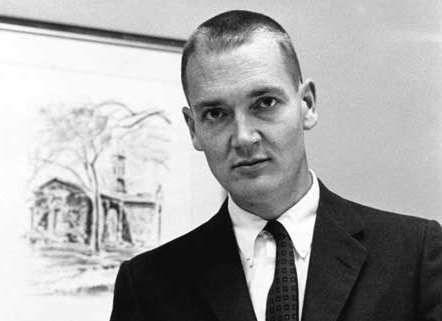 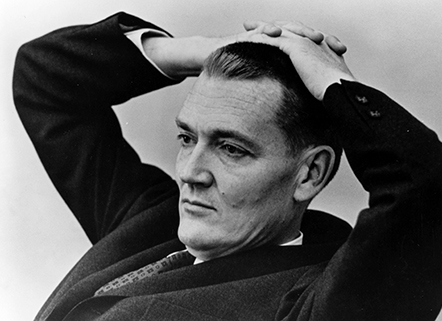 The bear market of 1973-74 led to poor performance for Wellington's funds and caused friction among the partners. A management dispute resulted in Mr. Bogle's firing from Wellington in 1974. Not one to go quietly, Mr. Bogle proposed a new mutual company to provide administrative services to the funds on an at-cost basis. That new company, The Vanguard Group, commenced operations on May 1, 1975, with USD 1.8 billion in assets under management and a staff (which became known as "crew") of less than 50. 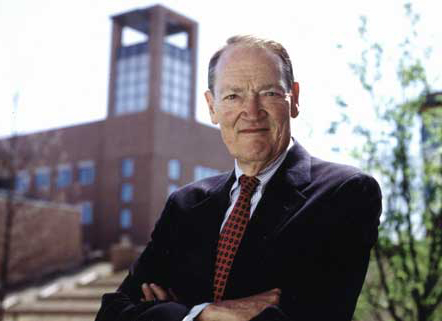 Under "The Vanguard Experiment," mutual funds would be operated at cost and independently, with their own directors, officers, and staff. Vanguard thus represented a radical change from the traditional mutual fund corporate structure, in which an external management company managed fund affairs for profit. "Our challenge at the time," Mr. Bogle recalled, "was to build, out of the ashes of major corporate conflict, a new and better way of running a mutual fund complex. 'The Vanguard Experiment' was designed to prove that mutual funds could operate independently, and do so in a manner that would directly benefit their shareholders." 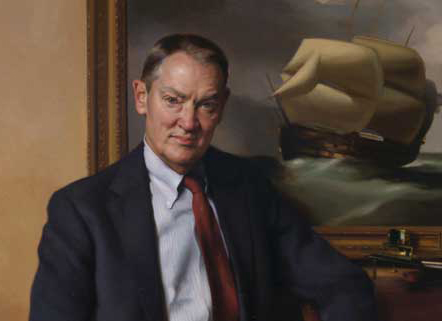 Mr. Bogle named the new mutual company after HMS Vanguard, Lord Nelson's flagship at the great British victory over Napoleon's fleet at the Battle of the Nile in 1798. Mr. Bogle said he "wanted to send a message ... that our Vanguard would be, as the dictionary says, 'the leader in a new trend.' " 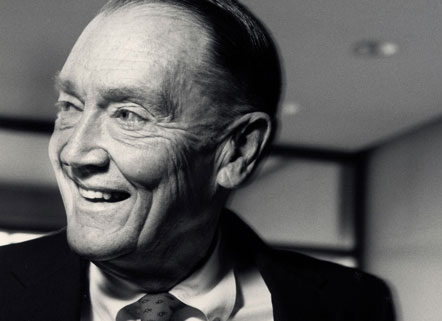 Mr. Bogle brought index investing to the individual investor in 1976 when Vanguard introduced the First Index Investment Trust. Ridiculed as "un-American" and "a sure path to mediocrity," the fund collected a mere USD 11 million during its initial underwriting. The fund, now Vanguard 500 Index Fund, has grown to be one of the industry's largest. Today, index funds account for about three-fourths of Vanguard's approximately USD 5 trillion in assets under management. 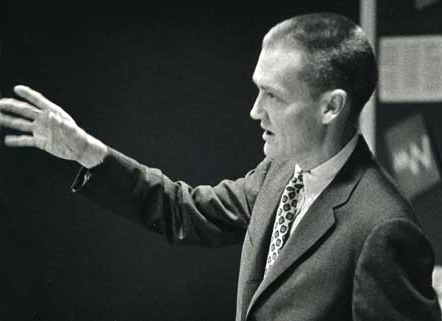 In 1977, Vanguard converted from a broker-dealer distribution model to a no-load system. It was a bumptious move for the upstart enterprise, but a critical one for the company's growth, according to Mr. Bogle, who said that "a no-load distribution network was a logical choice for a firm with our simple investment principles and rock-bottom costs." 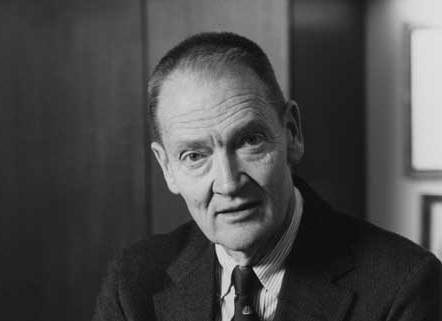 While a great proponent of the mutual fund as an investment vehicle, Mr. Bogle was also the mutual fund industry's harshest critic, assailing high costs, deceptive advertising practices, and product proliferation throughout a career that spanned more than six decades. His iconoclastic ways earned him a reputation as "the conscience of the industry." 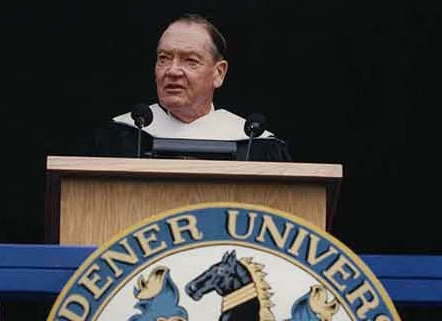 Mr. Bogle was an engaging, enlightening, and widely sought-after speaker who would spend hours upon hours writing and rewriting his remarks. His speeches to the Vanguard crew were especially impassioned and inspiring. He collected these speeches in a 2002 book, Character Counts: The Creation and Building of The Vanguard Group. 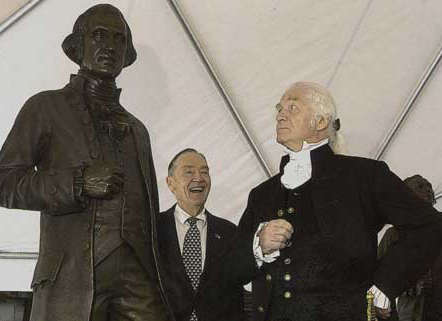 Mr. Bogle was an active philanthropist for many and varied causes, from organ donation to the National Constitution Center. His favorite charitable endeavor was endowing Bogle Brothers Scholarships at his alma maters, Blair Academy and Princeton University. Hundreds of students have benefited from these scholarships. 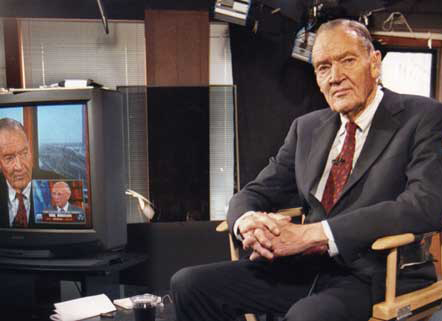 A ready source to the news media, Mr. Bogle was a frequent commentator on the financial markets, the fund industry, and business practices. He also dispensed sage and straightforward advice to individual investors during guest appearances on numerous financial programs on TV, radio, and the web. 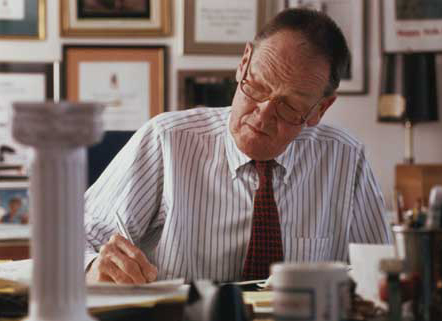 A prodigious writer, Mr. Bogle wrote 12 books, the last 11 after "retiring." His best-selling Bogle on Mutual Funds (1994) was praised by investment titan Warren Buffett as "the definitive book on mutual funds." His final book, Stay the Course: The Story of Vanguard and the Index Revolution, was published in 2018. 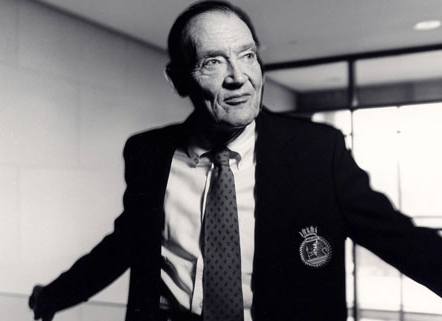 Mr. Bogle battled a lifelong heart condition and suffered numerous heart attacks, but little did this slow him. After spending four months in a Philadelphia hospital, Mr. Bogle underwent a heart transplant on February 21, 1996. About eight weeks later, the irrepressible 67-year-old was back at work in his Valley Forge office and ventured to New York to receive a Fund Leader of the Year award. 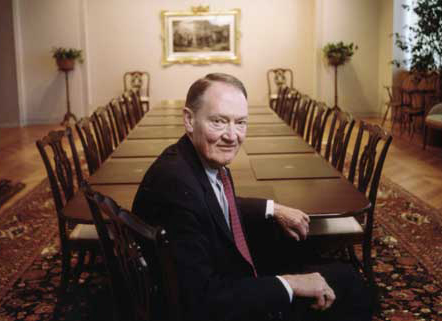 Mr. Bogle passionately promoted the importance of values and stewardship, frequently reminding the Vanguard crew of their obligation to serve the "down-to-earth, honest-to-God human beings with real needs and aspirations who believe that we offer them sound investment programs, with clearly delineated risks, at fair prices." One magazine called him the "mutual fund investor's best friend." 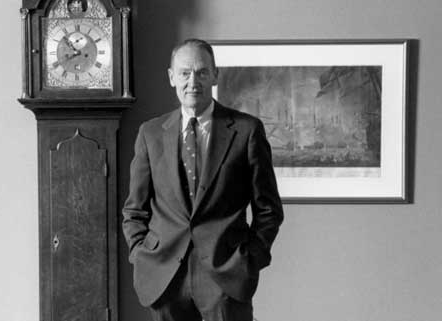 In its early days, Vanguard struggled with poorly performing funds and an exodus of shareholders. It was a tenuous time for the fledgling enterprise, but Mr. Bogle, as fierce as he was proud, would not allow the company to fail. Bolstered by rebounding markets and favorable regulatory changes that created the 401(k) retirement plan and the IRA, Vanguard would soon flourish. Mr. Bogle led Vanguard until 1996, by which time Vanguard managed USD 180 billion in assets and was the nation's second-largest mutual fund company. He remained on the board as senior chairman until 1999.

Mr. Bogle was revered by individual investors and even developed a cult following among some dyed-in-the-wool Vanguard clients calling themselves "Bogleheads." Mr. Bogle's stature in the investment management industry was affirmed by the news media, too. In 1999, Fortune magazine cited him as one of the investment industry's four "Giants of the 20th Century." Five years later, Time magazine named Mr. Bogle to its list of the 100 most influential people, and Institutional Investor magazine rewarded him with a Lifetime Achievement Award. 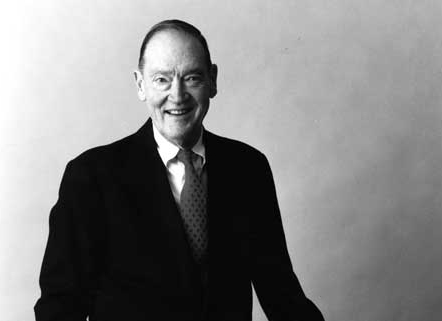 Mr. Bogle's formation of a "mutual" mutual fund company, his tireless upholding of sound investing principles, and his strict adherence to the highest professional standards helped transform an entire business. Nobel-winning economist Paul A. Samuelson observed in the foreword to Bogle on Mutual Funds: "John Bogle has changed a basic industry in the optimal direction. Of very few can this be said." 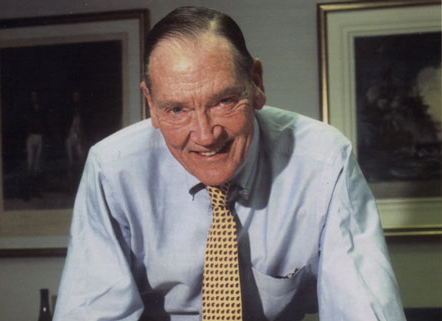 From his Princeton thesis that foreshadowed Vanguard's creation to his final books calling for sweeping financial industry reform, Mr. Bogle endeavored to make the ideal a practical reality. He declared in his final chapter of Enough: "Because what I'm battling for—building our nation's financial system anew, in order to give our citizen/investors a fair shake—is right. Mathematically right. Philosophically right. Ethically right."

Current Vanguard Chairman and CEO Tim Buckley writes about John “Jack” Bogle’s influence on the mutual fund industry and how he championed the cause of the common investor. 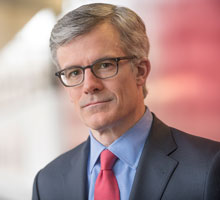 As you may already know, this is a sad day for Vanguard.

We lost a good friend. And mutual fund investors everywhere have lost one of their most passionate advocates.

Jack Bogle was the founder of our company, and its leader for more than two decades.

By creating a client-owned company—or as he himself liked to say, “the only mutual mutual fund company,” Jack Bogle put billions of dollars back into the pockets of investors.

In many ways, Jack was a man of contrasts:

You know, Jack was fond of saying that he left his old job at Wellington Management Company—where he had worked for almost 2½ decades—in the same way that he began his new job at Vanguard: “Fired with enthusiasm!”

He carried that enthusiasm throughout his Vanguard career, and he inspired millions as a crusader for the everyday investor.

He liked to remind us that our clients are “honest-to-God, down-to-earth, human beings, each with their own hopes, fears, and financial goals.”

In a daily business that is so often characterized by numbers and forms and paperwork, that perspective is refreshing—and so important. It’s why we’re here.

We send our condolences to Jack’s wife, Eve, to their children and grandchildren, and to all those who were close to Jack over the course of his remarkable life.

It is a condition of using the BPAY® facility that you obtain and read the current Product Disclosure Statement (PDS) for the fund into which you are investing prior to making each and every investment in a fund, as the PDS may be updated or replaced between the time you last invested and when you make your next investment. A copy of the most up-to-date PDS (including any supplementary PDS) will be provided free of charge upon request. Alternatively you can download a copy or request a copy from adviser services on 1300 655 205.