Some SMSFs remain overloaded with cash

How much cash is too much?

It's a question that many self-managed superannuation fund trustees should be asking themselves in an investment environment where the highest term deposit yields on offer is just 1.75 per cent.

Most term deposit yields are currently in the 1.6 per cent to 1.7 per cent range, with investors actually able to lock in better deals on shorter-term products than by locking away their capital for three or five-year fixed terms.

Cash returns fizzled last year as every other major asset class sizzled – not a surprising result given three cuts to official interest rates by the Reserve Bank of Australia during the year, which halved the cash rate from 1.5 per cent to a historic low of 0.75 per cent.

The RBA's rate cuts spurred financial institutions to further trim their term deposit and savings accounts deposit rates, which in some cases are barely above zero. Many are expecting the central bank to cut interest rates again in 2020 in a bid to stimulate economic activity.

If that happens, expect cash deposit rates to drop even further.

The average return from cash was 1.5 per cent in 2019, a far cry from the impressive returns above 20 per cent achieved by various index funds invested in Australian and international shares. Even bonds, an asset class that generally delivers lower returns given its lower risk profile, on average generated returns close to 10 per cent.

Yet, despite the dismal returns earned from money held in cash accounts, quarterly data from the Australian Tax Office released in December shows SMSFs collectively have around $155 billion in cash.

That's around 21 per cent of all SMSF assets, which at the end of September totalled $746 billion, earning 1.5 per cent or less. At the upper end of cash yields, $100,000 in a term deposit account will currently generate a gross return of just $1,700 per annum.

The only other asset allocation that outranks cash for SMSF trustees is Australian-listed shares, which according to the ATO accounted for almost $228 billion in capital (31 per cent of total SMSF assets) at the end of the third quarter.

Unlisted trusts, which by and large represent unitised unlisted property securities, are third-highest in terms of SMSF assets, accounting for $88 billion of capital (11.8 per cent).

Smaller funds are cashed up

Of course, the ATO's SMSF data (covering almost 600,000 funds and 1.1 million members) is aggregated. Some funds no doubt will have much lower allocations to cash and more to other asset classes that consistently deliver higher returns, including investment grade Australian and international bonds.

Interestingly, however, the ATO does have separate data from the 2017-18 financial year showing a breakdown of asset allocations across SMSFs based on their total assets size.

What that shows is that many SMSFs with smaller balances had higher allocations to cash than any other asset class. For example, SMSFs with balances between $200,000 and $500,000 on average had a 29.77 per cent exposure to cash compared to 24.49 per cent in listed shares.

While returns from investment markets have been strong over the last year, uncertainty over the economic conditions ahead promise to make the task of finding reliable income streams less predictable.

Broad diversification to offset risks across asset classes is one of the critical elements of every investment strategy, and how much to allocate to different assets ultimately comes down to one's goals, risk appetite and financial needs.

But even conservative investment products, while generally having a higher exposure to bonds and other fixed interest securities, will have a broad allocation to equity markets (often around 30 per cent) and a minimal exposure to cash (less than 10 per cent).

Diversified exposures to different types of investment assets, including products tilted towards lower-risk assets, have significantly outperformed cash over the long term.

Those with large cash balances wanting to explore alternative investment strategies, particularly in terms of generating income in an environment where yields will be lower for longer should consider consulting a licensed financial adviser. 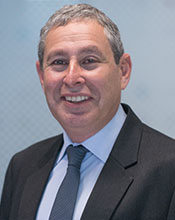