The safe withdrawal rate. It’s an alluring concept. An amount you can spend each year and yet be sure you’ll never run out of money in retirement.

It’s an enduring concept too – ever since a financial planner did a comprehensive study in the mid 90s. And even better it’s got a simple number attached – 4 per cent.

That’s how much of your money you’re supposed to be able to spend each year and never run out.

The concept and that simple number have become so popular they have entered investing folklore. There are more than 13,000 videos on YouTube explaining the “4 per cent rule” as it’s become known.

But today’s investing world with low interest rates and a subdued outlook for equities markets looks very different from the 1990s and investors are beginning to ask if the so-called safe withdrawal rate remains safe.

The origins of the 4 per cent rule are a paper by Californian financial planner William Bengen. He worked out that over 75 years of actual market returns, people who withdrew 4 per cent of their savings in the first year of retirement and then adjusted the withdrawal for inflation every year after that stood a very high chance of not running out of money before they died.

The minimum drawdown factor starts at 4 per cent, based on advice from Australian Government Actuary which determined most people would spend about three quarters of their super at that rate and not leave an unseemly amount of money for the children when they die.

The problem with both these numbers is that investment returns higher than 4 per cent are becoming increasingly difficult to achieve. Bond yields have fallen from as high as 6 per cent in 1998 to below 1.5 per cent today. A 50:50 stocks and bond portfolio yielded more than 4 per cent in 1998, but in today’s environment would yield only half that.

Happily, we’re living longer too, however that also means our money needs to last longer.

These are important issues because the impact of running out of super in retirement can be severe.

And what’s often unsung is the reverse problem of people unnecessarily constraining their lifestyle in retirement for fear of running out of money. There’s no fun in living on chips and beans only to leave it all to the kids.

So if 4 per cent is no longer the safe withdrawal rate, what is?

Unfortunately, it’s not that simple.

The first question is understanding your goals.

Choosing an appropriate spending goal has four elements: your basic living expenses, a contingency reserve for unexpected events, discretionary spending so you can enjoy yourself, and any legacy you want to leave to your heirs.

These are deeply personal questions, but a retiree’s views on these four goals and the relative importance of each of them is crucial to understanding and projecting retirement.

Then, there are four factors driving what your personal safe withdrawal rate looks like.

How long you expect to live? Could you tolerate running out of money completely? What’s your asset allocation? Are you willing to pull back spending in years that deliver bad market returns?

Clearly the shorter the time horizon, the more money you can withdraw each year, but for most retirees that’s an unpleasant unknown. And most of us contemplating these questions aren’t planning to run out of money before we go.

What’s more controllable is asset allocation. The more conservative an asset allocation – say more in bonds and cash and less in stocks – the lower the expected returns and the less you can safely withdraw each year. More risky investments come with potentially higher returns and the ability to spend more money, but a higher risk of market shocks impacting the portfolio value and raising the risk of running out of money earlier.

But the most powerful lever is your spending flexibility.

Vanguard crunched the numbers and came up with a range suitable for most investors – 3.5 per cent to 5 per cent depending on how conservative the portfolio was.

Those people willing to be flexible in year-to-year spending – pulling back in negative return years and spending more in good ones – dramatically increase their chances of not running out of money.

Being flexible even allows them to lift their safe withdrawal rate well above the 4 per cent benchmark.

In fact, a retiree who is willing to cut back spending in bad years by just 2.5 per cent can lift their starting safe withdrawal rate as high as 5 per cent of their savings - without increasing the chances of running out of money.

So how much more can you spend in a good year?

The Vanguard numbers show the best result comes from capping your spending increases each year at 5 per cent– even if your portfolio grows faster than that.

So, here’s how you work out a safe withdrawal rate from your savings in a low interest rate world: be diversified, but include stocks in your portfolio; know what you need to live; be willing to spend a little less in bad market years; and be happy to spend a bit more when things are going well.

As for Mr Bengen who kicked off the whole debate, he doubled down a few years later, lifting his projected safe withdrawal rate to 4.5 per cent over a 30-year retirement.

But he included a warning – in the event of a prolonged market downturn, even he plans to change his mind and revise that number a little lower. 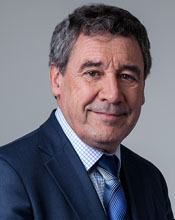